What is it?
Very good National Geographic animation that outlines how the fracking process works (with a focus on US shale basins).  Also lots of good links to articles, photos etc.. on US shale gas production.  There is a good interactive graphic on how fracking works in the Marcellus Shale (US).

What impacts does it have?
​This National Geographic article goes into great depth on the impacts of fracking in the US and the lessons that could be learned from it.  There is a good video on BryPlayer outlining the same issues in 3 minutes or in a more comprehensive BBC Horizon programme.
​

China - facts and figures from the CIA World Factbook.
A wikipedia article about China's controversial one child policy.
Natural Hazards affecting China.
China Mike has some very good resources on many aspects of China and Chinese way of life.
Global Fire Power compare China with another country in terms of it's "world presence."

Who and Why?
This BBC article 'Why is there a war in Syria?' outlines the events that led to war in Syria.  This article called 'Middle classes on the move' contains a range of examples of well-qualified Syrians explaining their reasons for heading to Europe.

Where?
Great BBC page with graphs and maps detailing numbers of migrants leaving source countries, claiming asylum in host countries and much more..

What are the impacts?
Illustrated BBC article outlining the social and economic impacts of the war in Syria.  Interesting article on immigrant/asylum seekers' experiences in Germany.  This page explains the Schengen border-free zone which is under threat now.  The UK's process for dealing with asylum applications is explained here.

Malaria
There are links here to sites that cover:
​- global distribution of malaria (using the Global Malaria Mapper mapping tool),
- its cause (from the WHO), and
- a range of malaria management strategies (from America's CDC).
​
Ebola
Very good 3 minute video on origin/cause (from the Guardian) and articles/maps on the 2014 epidemic (from BBC News and ReliefWeb).  Map below illustrating the global connections with Ebola-affected African nations. 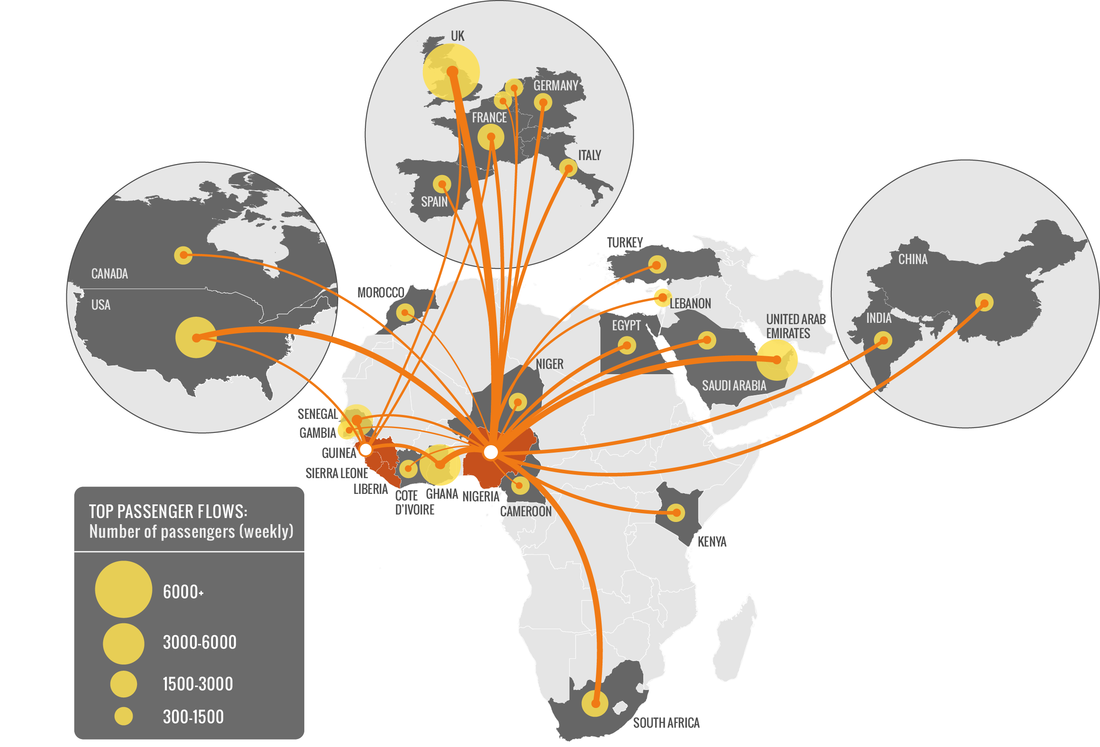